The Aroon Indicator (often referred to as Aroon Up Down) is a range bound, technical indicator that is actually a set of two separate measurements designed to measure how many periods have passed since price has recorded an n-period high or low low with “n” being a number of periods set at the trader’s discretion. For example a 14 Day Aroon-Up will take the number of days since price last recorded a 14 day high and then calculate a number between 0 and 100. A 14 Day Aroon-Down will do the same thing except is will calculate a number based of the number of days since a 14 day low. This number is intended to quantify the strength of a trend (if there is one). The closer the number is to 100, the stronger the trend. Aroon is not only good at identifying trends, it is also a useful tool for identifying periods of consolidation.

The Aroon Indicator was developed in 1995 by technical analyst and author Tushar Chande. The fact that he named the indicator “Aroon” which is Sanskrit for “Dawn’s Early Light” demonstrates his belief in his indicator’s trend discovery capabilities.

The Calculation relies on a user-defined period. For this example we will use a 14 Day Aroon.

The Aroon Indicator is range bound, techncial indicator that produces numbers between 0 and 100. The technical analyst should focus on three areas on that scale.

Aroon's major function is to identify new trends as they happen. There are three steps to identifying when a new trend could be forming.

The Aroon Indicator (Aroon Up Down) is most definitely a very good indicator for identifying both trends as well as periods of consolidation. That being said, it is an indicator best used a complementary piece. Knowing the overall trend is an important part to any trading strategy. Using Aroon as a foundation and combining it with additional indicators which are used to generate signals is probably the most effective way to use Aroon. 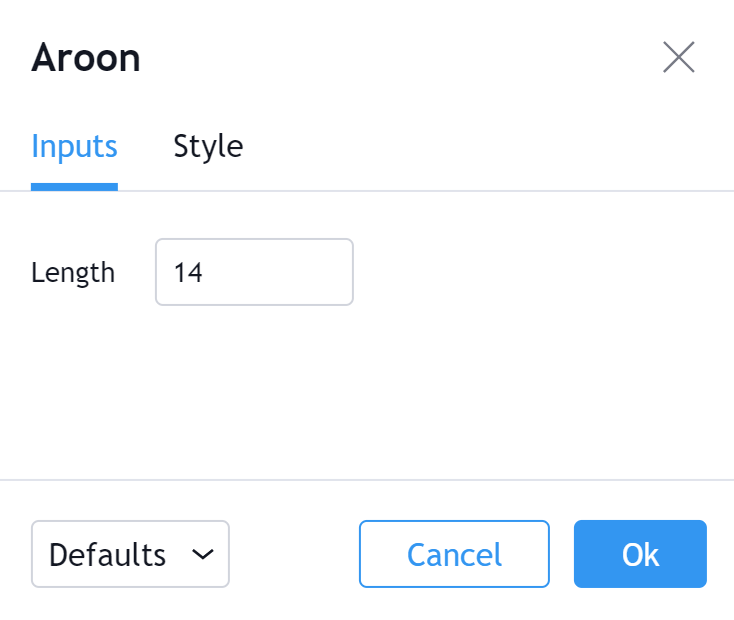 The look back time period for the Aroon. 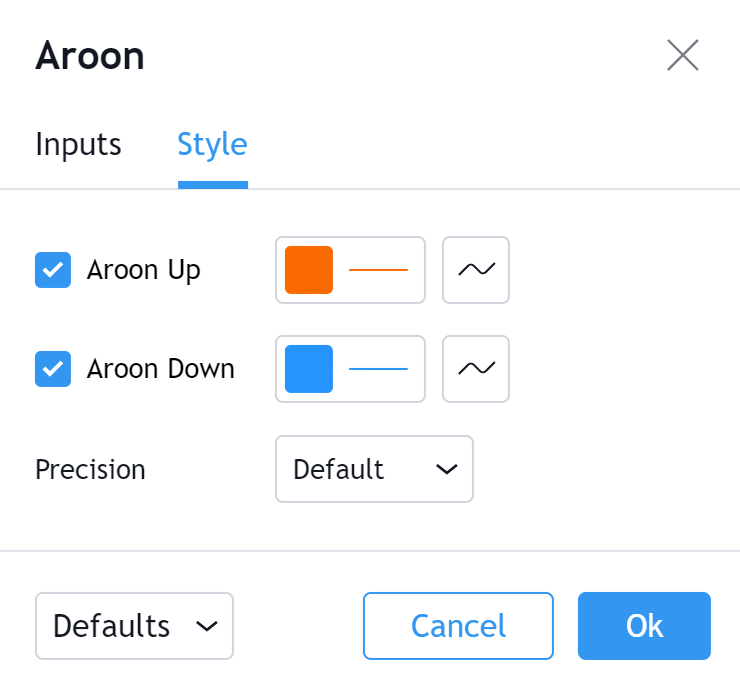