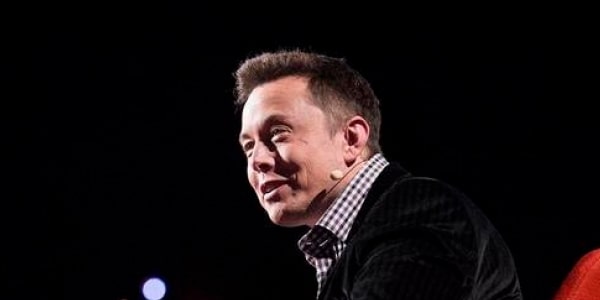 Turns out that Lucid Motors’ debut sedan has longest range of all the electric vehicles on the market. The car lasts over 100 miles longer than any of its rivals, according to its CEO. Will the car be able to push out its competitors?

Prices lift over 5% on the news.

This is massive. Congrats to the @LucidMotors team on ensuring the top technology and innovation! 520 miles on a single charge 👏 More than 100 miles farther than its closest competitor. $LCID 😱

Lucid Motors races ahead in its first day of trading

Tesla competitor Lucid Motors is now a public company, and shares close up over 10% on Monday after completing its mega SPAC deal to collect $4.5 billion in fresh new capital.

Shares of electric vehicle start-up Lucid Motors began trading on Nasdaq Monday morning after its SPAC deal, one of the largest such reverse mergers ever, and investors were raring to go. Lucid has been around for a while now, founded back in 2007 as a battery company before setting out to build its own electric sedan in 2016. To get ahead of the game, it even tapped some former Tesla (TSLA) Model S Engineer Peter Rawlinson to lead the team, and eventually become CEO. A lot of Lucid’s senior team are taken from the same pool of former Tesla (TSLA) talent, making it one of the few EV start-ups led by a team that has actual experience in launching electric vehicles. Lucid and its high-end luxury EVs have since become one of Tesla’s (TSLA) fiercest competitors.

Lucid Motors inked a deal in February to go public via a reverse merger with blank check company Churchill Capital IV in a deal that valued the luxury EV maker at a whopping $24 billion. The company was actually meant to start trading on the market on July 22, but its debut was delayed because not enough shareholders had voted on one of the mergers key proposals – not because they weren’t on board, but because the codes they needed to vote went straight to their spam folders. Awkward.

After its mechanical issues, the firm finally got the show on the road and started trading on Monday. Prices opened at $25.24 before popping 15% to $29.03 and closing up over 10%. CEO Peter Rawlinson pointed out that the $4.4 billion it raised in its merger puts it at an advantage over Tesla (TSLA), which started its early days with only the $300 million it managed to raise when it went public in 2010.

That’s all well and good, but in order to even begin to catch up with the industry leader and its annual delivery rate of 1 million vehicles, Lucid is going to have to get in gear and focus on actually getting an actual car on the actual road. After COVID-related obstacles halted production, the EV company hopes to start delivering its luxury Air sedan later this year, and expects to deliver fewer than 1,000 cars this year but up to 20,000 in 2022. The sedan has already prompted a friendly rivalry with Tesla (TSLA), and Elon Musk responded to the car’s pricing. At $69,900 (with a federal tax credit), the price undercut the Model S by just under $2,000. So what did Elon do? He cut the Model S price to $69,420.

The gauntlet has been thrown down!