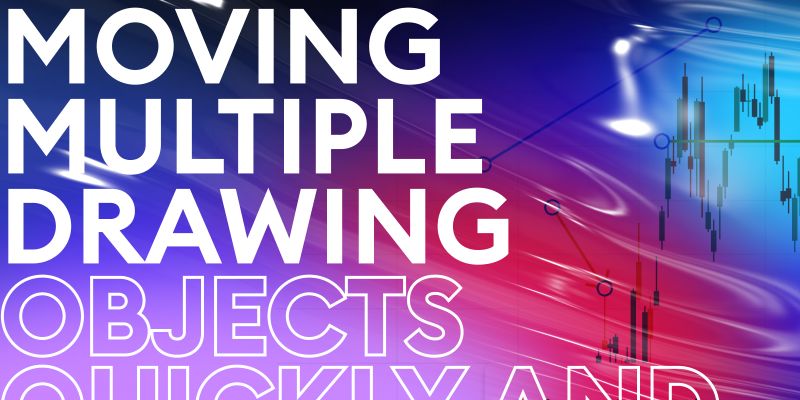 Sometimes you’ll need to move multiple drawing objects at the same time, for example after a stock split.

In this article, we’ll show you how to do it most effectively.

First, select the objects you want to move. This can be done in the following ways:

Once the objects are selected, they can be moved using:

We are happy to announce that we have added another way to move objects, which allows you to move objects quickly and accurately. Now all you have to do is select several drawing objects on the chart or in the object tree, open the settings of the selected objects, and set the values for transfer on the “Displacement” tab. 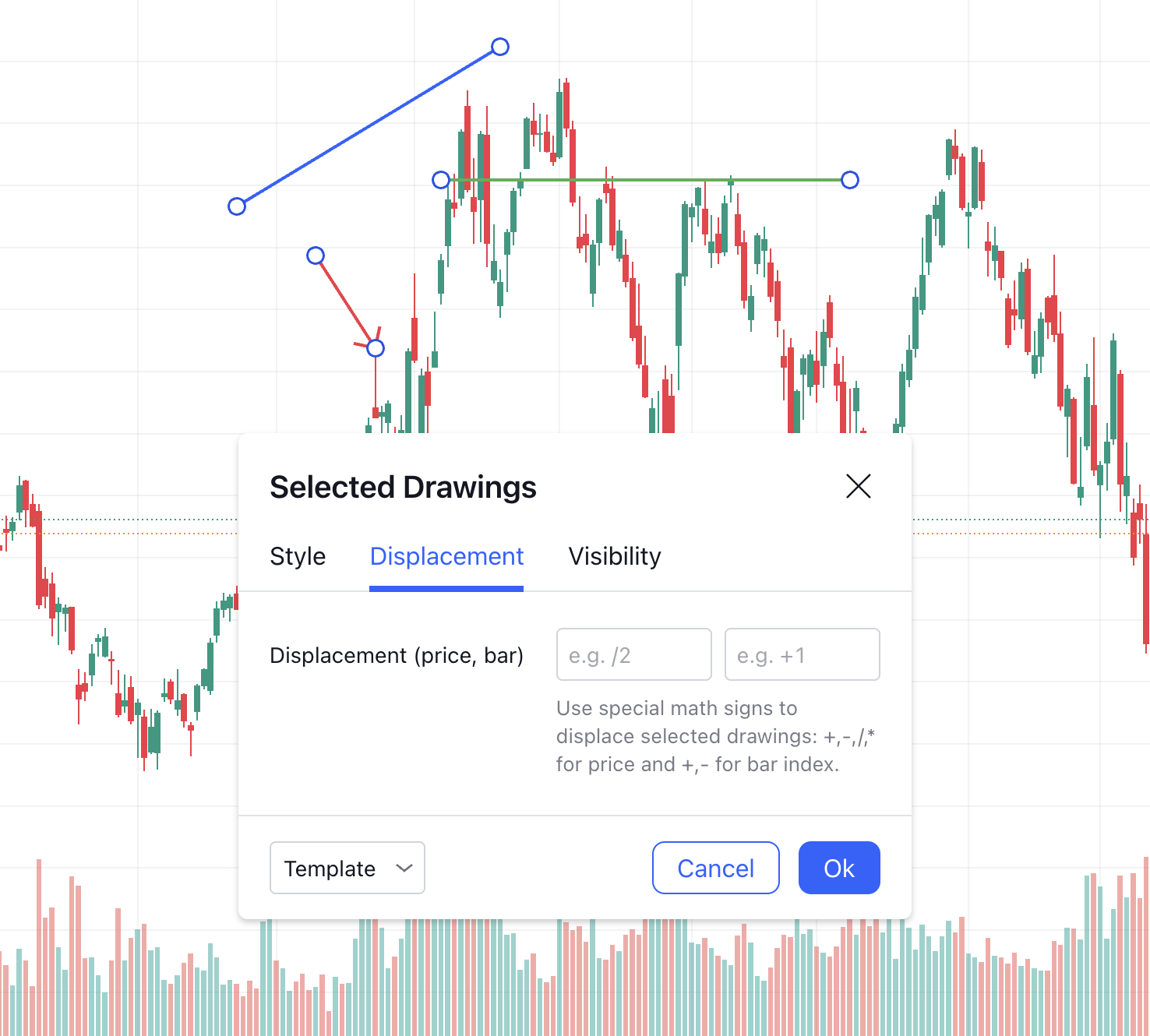 When moved, the coordinates of each point of the selected objects change, for which mathematical operations are used: addition, subtraction, multiplication and division for price values, ​​and addition and subtraction for the bar index.

Easier than it looks!

Specify +5 in the input field and press Enter — this will move all the drawing objects up 5 units on the price scale.

It must be taken into account that the calculation is performed according to all the rules of mathematics for the coordinates of each point, and the multiplication/division of the price can lead to a visual change in objects. For example, if one of the object’s points had a negative coordinate, and the second had a positive one, then they would be moved in opposite directions when multiplied.

If you enter just a number without a sign, then all drawing objects will be shifted to the value of the specified coordinate.

Tip: you can also make working with drawing objects more effective by customizing visibility of multiple objects at a time.

We are constantly working to make our platform more convenient for you and we hope that this innovation will be useful. Thank you for choosing TradingView!