This post is part of a series on how to make the most of the social piece on TradingView. Make sure you don’t miss any of them! We gave tips on creating awesome custom chats, explained how to gain exposure and build reputation, highlighted common user claims moderators can’t help with, warned about 5 things you should never do on TradingView, expanded on our strategy bias, explained the badges we use and gave our take on comment moderation. Here is the latest topic!
The Reputation Formula

We are often asked how exactly reputation is calculated. The formula is not shared publicly and only the founders know it in detail. Call it a secret sauce, that’s kept secret to avoid any cheating or gaming of the system. Suffice it to say that reputation is an indicator of trust, driven by how the community responds to users and their posts such as ideas and snapshots. The response is measured in social actions e.g. follows, likes, comments, views, etc. Please note that reputation points are not affected by users who don’t have any themselves. Authors with a high score have earned trust from the community, but this doesn’t mean they can see the future with certainty, so beware of blindly copying their ideas. If you want to increase your own reputation, we published 10 tips on how to do this. TradingView reserves the right to enhance the formula anytime, if this would more objectively and accurately reflect each user’s true standing. The last iteration was 16 months ago and the next one is planned before the end of this year. As a result, ratings and rankings may change. The design of the enhancements has already started and we will share more on this at an appropriate time.

We sometimes get questions from members who are suspicious of the daily leaderboard. They see the tally of someone’s earned points drop after liking one of his / her ideas and think the method is either flawed or manipulated. The daily leaderboard ranks users based on gained reputation points as tallied over a rolling 24 hour period. The starting point of this period moves forward constantly. So points that were earned 24 hours and 1 minute ago are no longer counted in the tally, while they were a minute ago. That’s why it’s possible to like someone’s idea and see a drop in the tally. This happens when the points the member earned just over 24 hours ago (that just expired) were higher than the points that were just added by liking an idea. For example, if 2 points are added, while 10 points just expired from the period, the tally drops 8 points. This is not a bug, nor a manipulation on our side. It’s how the method is supposed to work. The weekly and monthly leaderboards work similarly. The all-time leaderboard only shows cumulative reputation, which you also find on a user’s profile page. Members occupying any of the top 6 spots on any of the leaderboards get a TOP badge.

We have worked hard this year to find and ban duplicate accounts. This year to date, we banned 500+ duplicate accounts. 27 members tried to obtain an improper advantage by abusing them. They artificially inflated the reputation score of their main accounts through follows, likes and / or comments. They were all banned for a week and fraud penalties were applied to their scores. We do this for the community, because reputation only means something if it’s earned honestly. Please know that we make no exceptions, because that would be unfair to others. These measures are applied to normal users, to top authors, to upgraded plan holders and to well-known analysts alike. Of the aforementioned 27 members, 4 were in the all-time top 20 and 1 in the all-time top 10. They got the exact same treatment as the other 23 members. We are criticized for this, because some followers defend their favourite author no matter what, but we gladly take the heat in such cases. One of our core values is to not reward bad behaviour and we stand by that. We remain committed to finding and banning duplicates and maintaining a level playing field for everybody. Our users expect nothing less from us.

Thank you for staying with us! 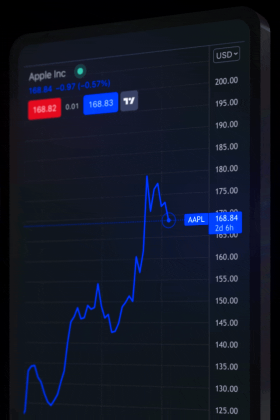